Star Entertainment Presents… The Magical Music of Harry Potter, Live in Concert with the Weasleys!

A one of a kind film and music experience with the best music from the Harry Potter films and musical with the London Symphonic & Philharmonic Film Orchestra. 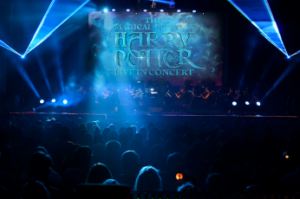