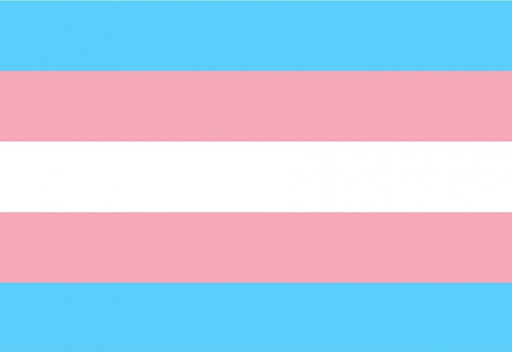 Our concert with Ella Taylor on the 6th of April will be a fantastic programme showcasing incredible contemporary work by trans and non-binary composers. As it’s Trans Day of Visibility today (31st March 2021), we thought it’d be a great opportunity to introduce you to some of the artists behind these works, and some other interesting artists and projects that you should definitely take a look at!

Ella Taylor is a soprano with a passion for performing contemporary music and works by women and gender non-conforming artists. They are a Sheffield made artist and we are immensely proud of what they have achieved since leaving the University in 2016, and we are delighted to welcome them back on the 6th of April. In their concert, Ella will be performing a new work by Sheffield alumni Ellen Sargen and CN Lester ‘Candidate 3’.

CN Lester is a writer, musician, academic, and leading LGBTI activist. Co-founder of the UK’s first national queer youth organisation, they curate the trans art event Transpose for Barbican, and work internationally as a trans and feminist educator and speaker. A singer-songwriter and a classical performer, composer and researcher, CN specialises in early and modern music, particularly by women composers.

Click below to hear the beautiful title track from their 2017 album Come Home:

j.n.m redelinghuys’ arrangement of ‘SAMO SH*T SONGS’ (Jean-Michel Basquiat) is another highlight of Ella’s programme for the 6th.

j.n.m. redelinghuys is a South African-born composer, performer, and musicologist based in York, UK. They studied composition with Clare Loveday. j completed a BA with Honours at the University of Cambridge, specializing in composition, analysis of new music, and ethnomusicology, and an MA by Research at the University of York, exploring theatrical technique in composition, supervised by Prof. Roger Marsh. They are continuing with a PhD in Composition, looking at embodiment in music, with a particular emphasis on queering binaries (body/mind, subject/object, composer/performer).

You can watch a performance of ‘Dance Curves’ below:

A hugely talented rising star is Jasper Dommett, who has gone from origins in brass bands to having music performed by the BBC National Orchestra of Wales, London Sinfonietta and the Berkley Ensemble. Though their compositions now range from electronic installations through to full orchestral works, they have not left brass behind and regularly perform as a member of the Flowers Band.

A fine example of Jasper’s inventive approach is the brilliant and evocative ‘Rothko Room’ which looks to convey the experience of said room at the Tate Modern. Listen to it here:

There is a huge amount of incredible projects and music going on in Scotland.

Rylan Gleave is a Glasgow based composer who is growing in renown – his work explores ‘intersectional identity, re-contextualised natural situations, and quiet, furious resistance’. His work is both personal and political, with a huge range of influences and approaches – and he has won many awards and accolades in his work already. Despite the pandemic, he had a busy 2020, releasing compositions including ‘baby star’, linking to the work of research of Sam Pearson, observational astronomer. You can hear a version of it below with a fantastic introduction by Rylan and Sam below, part of Explorathon 2020.

Crossing over into folkier territory, this year has already seen the launch of a new compilation from the Over AT project, of which Rylan Gleave is a member also. It’s new concert series and trans music-making world, started by composer Rufus Isabel Elliot.

FOLKS’ SONGS is a varied but fundamentally experimental release, using electronics, folk instruments and textural layering to foreground and explore the trans voice. You can listen to and buy the EP below:

There’s also some fantastic organising going on in Scotland, with groups such as Bogha-frois setting up to help support trans, non-binary, women and intersex folk musicians across the UK.

The project gathers LGBT+ folk musicians from all over the country to write, collaborate on and perform songs in the folk tradition, which tell stories about life as a member of the LGBT community. You can watch an introduction to their work below:

The desire-lines compilation itself is a fantastic listen, curated by trans non-binary artist, El Hardwick. They said of the project that ‘“spending time in nature and listening to ambient-influenced songwriting has helped me considerably in healing my chronic pain. Desire Lines formed from a passion to create a collaborative, queer space, outside of nightlife, that heals through connecting with nature and music — which I hope in the future will expand into IRL hangouts in nature, and other creative projects.”.

On the even more experimental side of things, one of Nick’s (the Concerts Series’ programmer) favourite yorkshire based musicians is the incredible Vymothoxy Redspiders – a member of avant-noise duo Guttersnipe, and various off-kilter electronic projects including Weird B*tch and Sherbert Tripod, who have just released a multi-coloured and beautifully chaotic album ‘Shiny Floor Show’:

This is certainly just scraping the surface of some of the incredible music and work out there – and we’re always very keen to hear more if anyone has any recommendations! Many thanks to Ella Taylor for some of their suggestions for this article.

Don’t forget, that on the 6th  of April, Ella will be performing works by some of the talented people we have talked about here. Don’t miss their live streamed concert, go to the What’s On tab above to book your tickets now, or find them here!